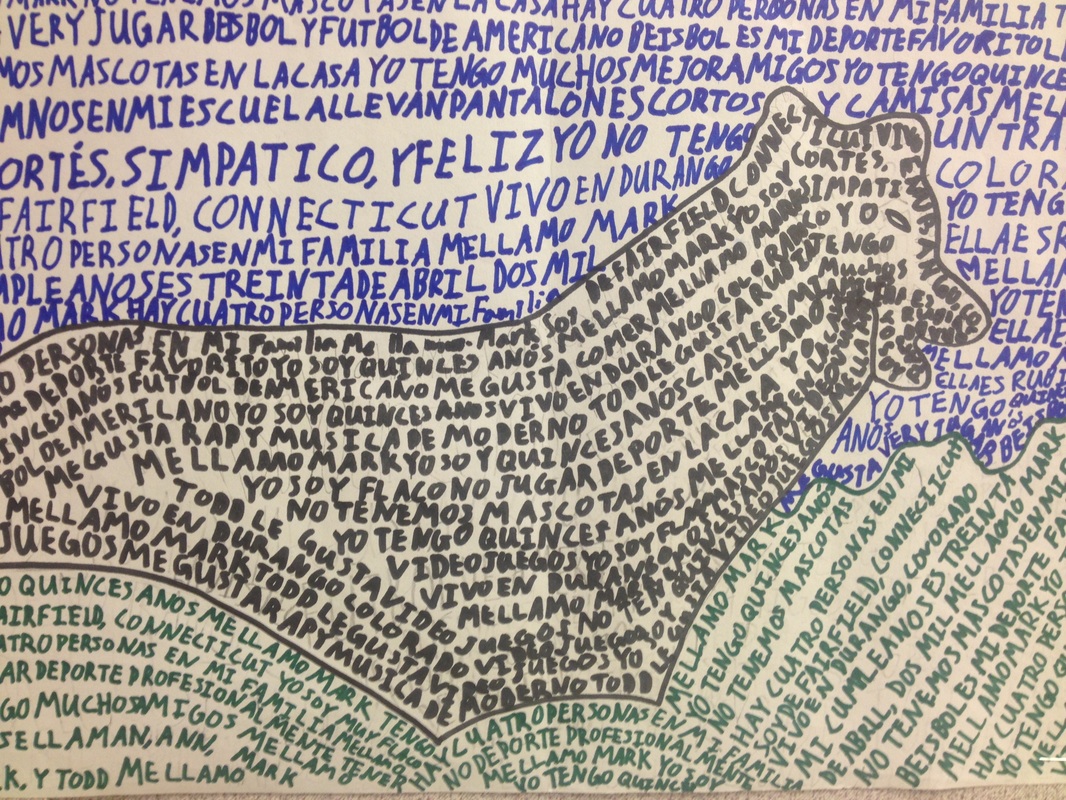 1. One specific concept or skill that I learned over the course of this project would be how to conjugate verbs properly because before this project I would just guess the conjugation based on what I might have heard previously with no idea what I was doing or why I was doing it.
2. My ability to describe people in Spanish vastly improved because I was able to learn how to describe people properly in a way that a Spanish speaker would understand as well as learning simple Spanish expressions so that I could describe in a basic way somebody's likes or dislikes.
3. My art is representative of beautiful work because of how it took me a very long time to complete it as well as how I made sure my work looked nice and was legible. I could have improved by making my work look better, but I believe that since I actually used words only from my essay in a way that would make sense instead of focusing on beauty my work was different as well as beautiful.
4. If given an opportunity to refine my work I would try to make my art drawing physically beautiful, because as I already said, I focused too much on it making sense and following the prompt of our letters that it did not look as good as possible and could probably look more beautiful physically.